What Does “Do Well by Doing Good” Really Mean?

Amanda Brinkman demonstrates how social responsibility doesn’t have to be at odds with the bottom line. She helps companies zero in on their true brand purpose and reimagine what it means to be a conscientious corporate citizen in the modern age.

She also believes everyone has a superpower. That we all have unique abilities and opportunities to do good in the world. We are given platforms for a reason and she uses hers to encourage and affirm the audience. She inspires them to recognize the importance of their unique purpose and to explore their role in advocating and creating goodness for those around them.

Who Does Amanda Speak to? 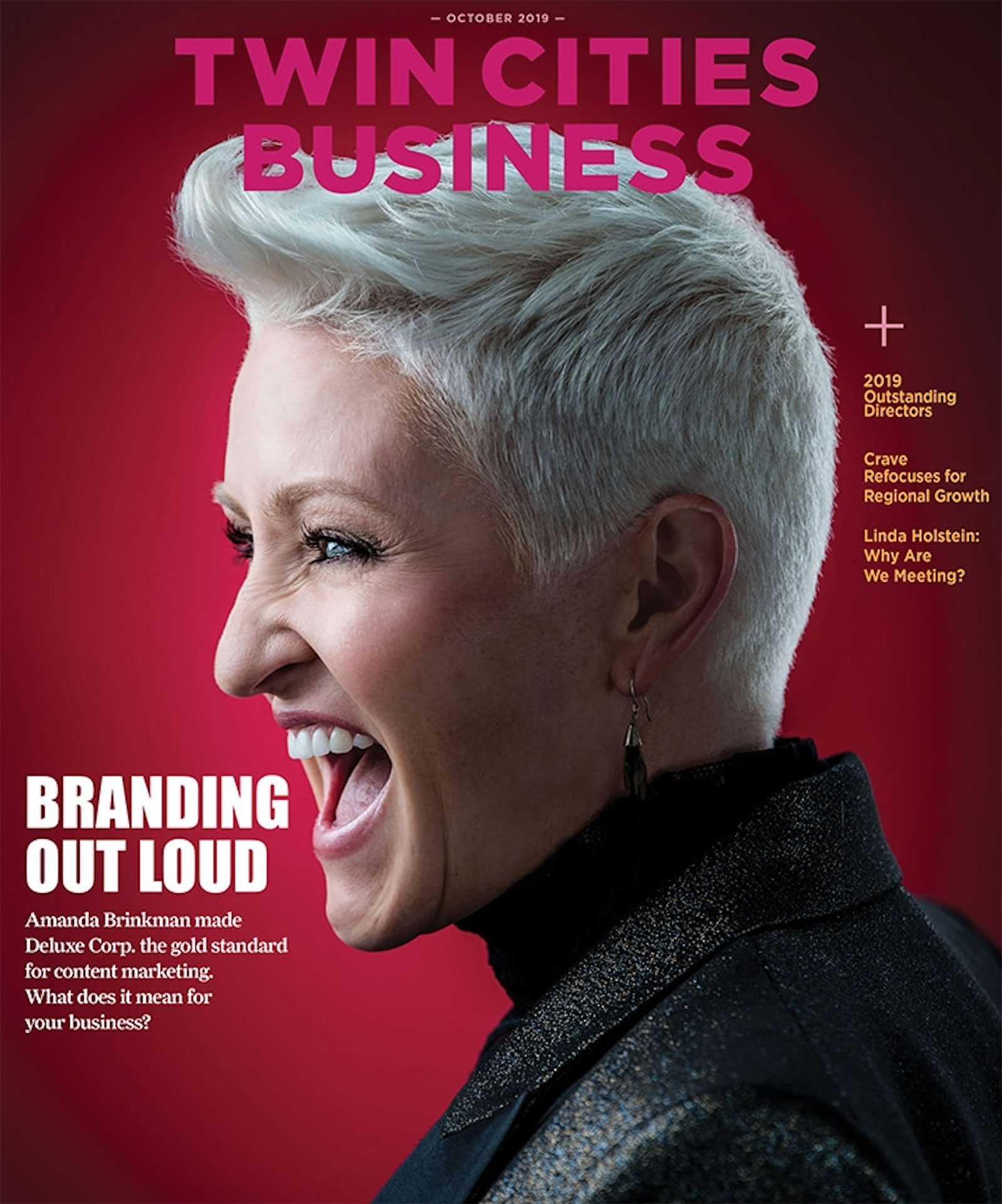 The companies who are no longer standing by as their corporate foundations cut checks to charities. They’re taking action. Not “volunteer for a day” action. Not “tug at the heart strings TV commercial” action. REAL action.

Amanda Brinkman believes we’re on the precipice of a systemic, fundamental reimagining of what it means to do be a corporate citizen in the modern age. She’ll showcase a few bold companies that are abandoning “campaigns” in favor of creating cultural movements. Companies that are instigating real, sustainable change. Companies that are using their for-profit operations to better the world around them, while bolstering their bottom line in the process.

Amanda also has first-hand experience in bringing programs like this to life. She has transformed massive U.S. brands from the inside out by zeroing in on their true brand purpose – and putting that purpose into meaningful action. She’ll show how she took a century-old company that was known as a check maker and started a “Small Business Revolution” – ultimately creating an Emmy-nominated series featured on HULU that not only transformed the company’s brand – but had a ripple effect in entire communities across the country.

Most importantly, she’ll challenge the audience to determine if they can truly “Do Well by Doing Good” and share simple steps for how companies can move beyond philanthropy and marketing messaging to create real, meaningful (and profitable) change too.

Amanda Brinkman is the creator, producer and host of the Emmy-nominated series “Small Business Revolution,” which was featured on HULU, Prime Video and was named among Inc. Magazine’s top shows for entrepreneurs.
Each season the Small Business Revolution revitalizes a different community’s “Main Street” through small business makeovers. Every episode they help work to help the entrepreneur with marketing, finance, operations and physical transformations of their space.

Amanda Brinkman is the creator, producer and host of the Emmy-nominated series “Small Business Revolution,” which was featured on HULU, Prime Video and was named among Inc. Magazine’s top shows for entrepreneurs.

Each season the Small Business Revolution revitalizes a different community’s “Main Street” through small business makeovers. Every episode they help work to help the entrepreneur with marketing, finance, operations and physical transformations of their space. 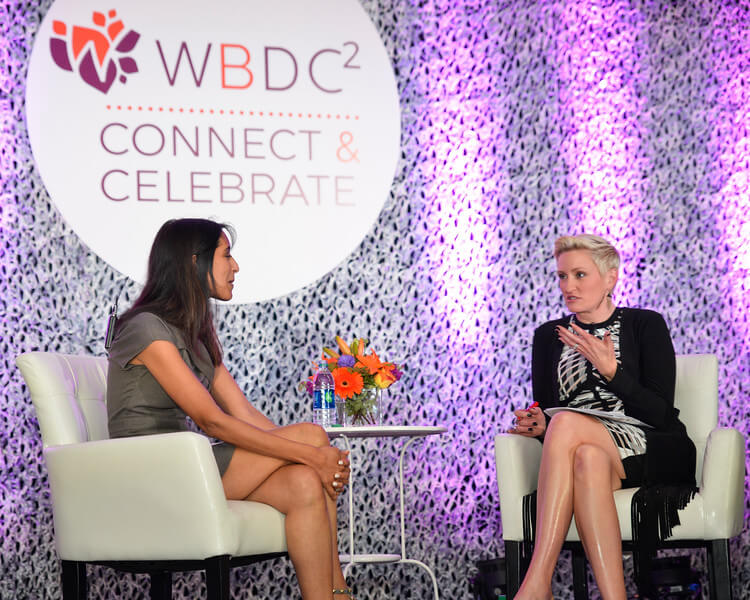 One of Amanda Brinkman’s favorite roles from stage is affirming and inspiring audiences of female leaders. She is an award-winning and accomplished executive, a mother, a wife, a community leader, a trailblazer and a #boss. She is confident. Human. Empathetic and Funny. Wise and Authentic. Amanda has opinions and advice to share but battle-scars to show too. She feels her role, from any stage, is to truly see the audience and share affirmations and encouragement. She has fought to prove herself in some of the same situations, has failures to share, triumphs to dissect and optimism to offer having “walked in their shoes” (albeit, this is that much more likely since she owns over 100 pair. It’s a problem). 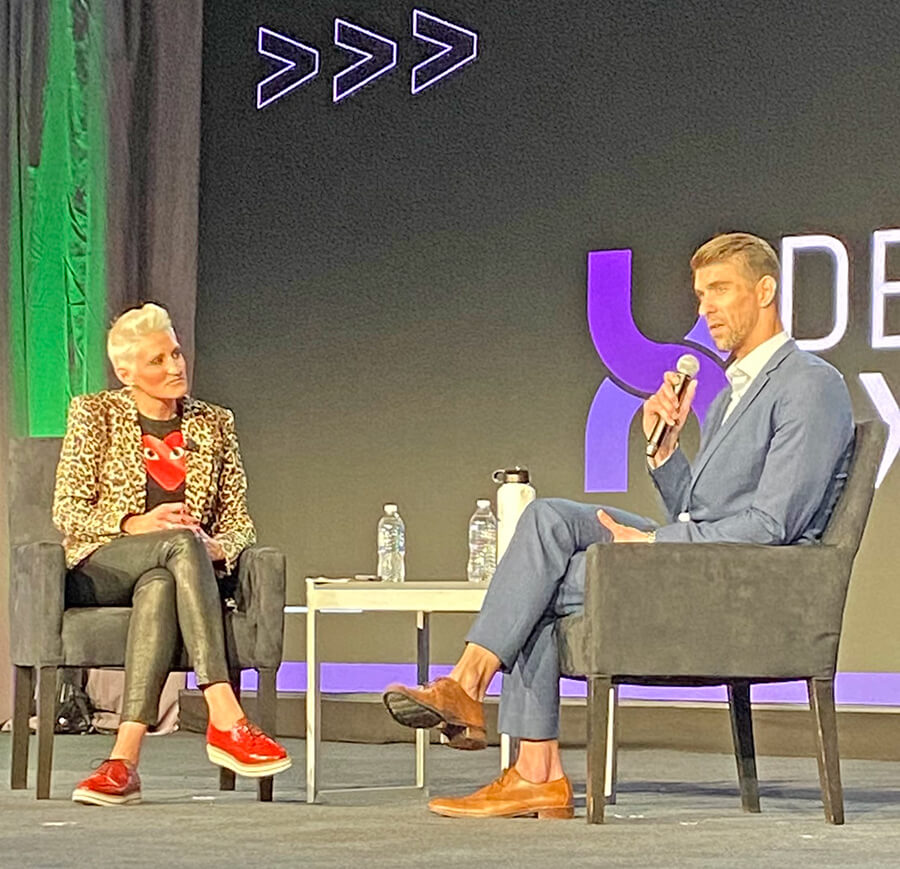 Amanda has interviewed hundreds of executives, entrepreneurs, celebrities and civic leaders throughout her career. Her natural ability to connect with the interviewee results in an engaging discussion for the audience. Her interviews are customized for the conference theme, allowing for authentic delivery of key messages by the executive or celebrity. Interjecting humor, natural conversational flow and stage charisma – the interview will be the highlight of the event.

“There are people you get lucky enough to meet that change the way you look at the meaning of making a difference. Amanda is not only fierce, funny and fully capable of doing many things, but it’s her passion for seeing people’s potential that shines the brightest. She doesn’t just believe in small business, she works hard to make sure the owners believe in themselves and that the energy and belief can effect an entire community. In other words….Amanda is an innovator and a motivator…aka, she’s kind of awesome!”

“Few speakers can inspire a team like Amanda. Her credibility, thought leadership, as well as her generosity of spirit, are truly second to none. We recently invited Amanda to speak to our full Marketing organization and her plaudits were extraordinary. Her message of ‘doing well by doing good’ is beyond compelling and struck a chord with every member of the audience. I highly encourage everyone to listen to her messages. They are one of kind. As is she.”

“You can’t teach somebody something unless you entertain them. Amanda’s entertaining. Amanda’s a great speaker. And she’s a lot of fun.”

ROBERT HERJAVEC
Star of Shark Tank, Co-host of seasons 1 and 2 of the Small Business Revolution

“Brinkman was the talk of the conference. Along with her charismatic personality, Amanda utilized an engaging presentation to captivate the audience and clearly portrayed her message: all businesses can Do Well by Doing Good.”

“Amanda spoke at our ‘all hands’ team meeting sharing her passion and inspiration for brands with a purpose and mission. She was informative and inspirational to the entire team. We came away motivated, filled with the confidence needed to know that brands like ours with a mission can make a difference.”