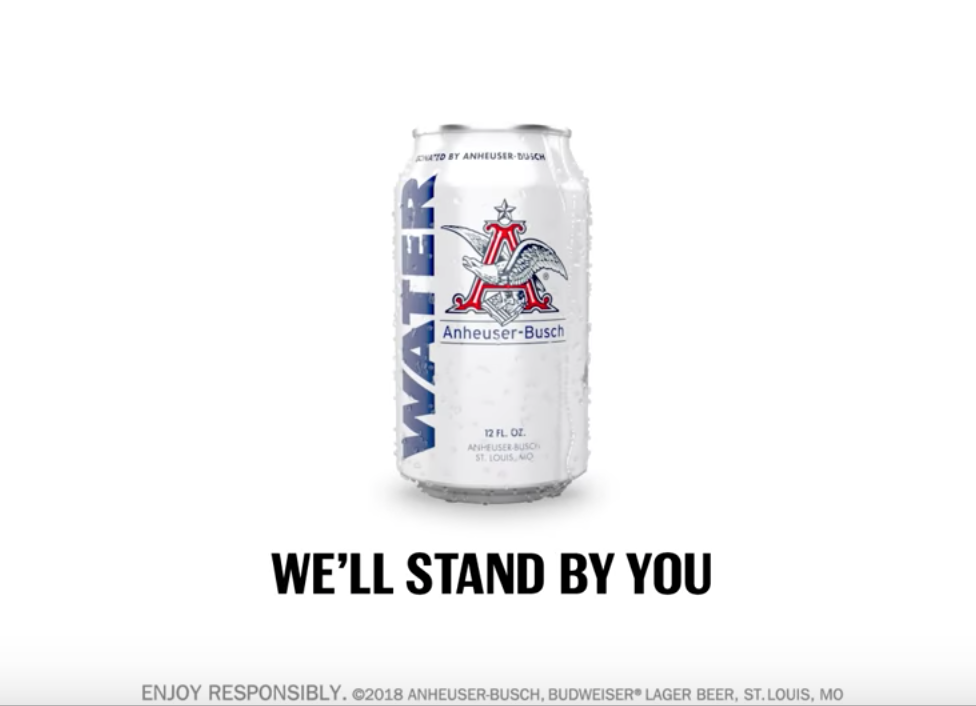 I applaud any company making an effort to Do Well By Doing Good. And like so many other people, I excitedly await each year’s Super Bowl ads – arguably the world’s biggest stage for advertising, and a unique platform for brands to do something bigger than just peddle their own products.

Last year during the Big Game, two beer companies, Stella Artois and Budweiser, seized the opportunity to share their good works on the issue of access to water. Their ads were stirring. I was moved. It made sense that water would be central to their “brand purpose.” But was it reflective of any broader “brand action”?

In the Stella one, Matt Damon asks viewers to buy a trademark Stella Artois chalice, which would initiate a donation to water.org, a non-profit that brings clean water to the developing world. So far Stella has sold more than a half-million chalices and raised over $8 million. Impressive.

Worth noting: NPR fact-checked some of the ad’s claims, pointing out that the process of providing clean water to those in need was perhaps more complex than the ad implied, but experts confirmed that Stella was indeed following through on its ad’s claims. It’s a good reminder that when you make bold claims on big stages, you’re bound to be scrutinized.

Check out the commercial here:

Budweiser’s spot is equally inspiring. It takes the viewer through the company’s 30-year history of providing free cans of drinking water to people in disaster areas. It is up to 79 million cans of donated water. Truly remarkable.

I was so dazzled with each company’s water philanthropy that I wondered if water truly was part of their central missions. As mentioned, I’m of the mind that a company does best when it take brand actions that are an extension of its social purpose. I’ve seen this approach work at Deluxe with our Small Business Revolution – Main Street program. Supporting small businesses is a core part of our brand purpose – but the Small Business Revolution movement illustrates our brand action.

It’s common for beer companies to highlight water in their annual Corporate Social Responsibility of Community Foundation reports. But when I reviewed the websites of Stella Artois and Budweiser, I didn’t find water in their mission statements. I found a lot of aspirational content on their pages. Budweisers’ slogan, for instance, reads nicely: “To Be The Best Beer Company In a Better World.” I like that. But no water.

Can you imagine what would happen if a global beer company took something like water – which is core to their purpose – and instigated real action across everything they do? What would that look like?

Finnegans is a beer company in my hometown of Minneapolis that has made hunger its mission since it opened in 2003. The company donates 100 percent of its profits to nutrition programs. You read right: 100 percent. And its business has grown steadily through the years, to the point where it is now a Twin Cities institution, and they recently opened a multilevel brewery (complete with a start-up incubator) in downtown Minneapolis.

My favorite thing about Finnegans (other than its beer, of course) is its slogan: “We turn beer into food.”

Sure, as a nonprofit, Finnegans is in a unique position. But when you think about it, it shouldn’t be a stretch for big, for-profit beer companies to make water their top priority and create large-scale, ongoing programs that benefit their business, while benefitting communities too. For one thing, beer is mostly water. And the global need is certainly there. Both Stella and Budweiser know this. That’s why they have their charitable programs. I would just invite them to look closer at how to integrate it into their for-profit businesses. It not only would do a lot of good in the world; it would be good business.

To Stella’s credit, it knows this. It seems to be leaning toward investing more, out of marketing dollars and not just philanthropy.

“Philanthropy and donation [are] never going to be enough […] we have to look at day-to-day commerce and everyday consumers,” Ben Butler, Stella’s global director, said in an appearance at the South by Southwest Festival earlier this year, noting that sales have increased since 2015, when the brand’s water initiative was launched. “We’ve seen significant shifts in attitudinal [trends] and people wanting to get involved in causes, not only in their spare time, but in their actual work.”

I’m not saying that Stella Artois or Budweiser or any company has to go in that direction. I’m just saying that they could. And it wouldn’t hurt them. It would help them – and a lot of humans who are in need of a necessary, fundamental resource that so many of us take for granted.