Why The #SeeHer Initiative Is Both Necessary And Exciting 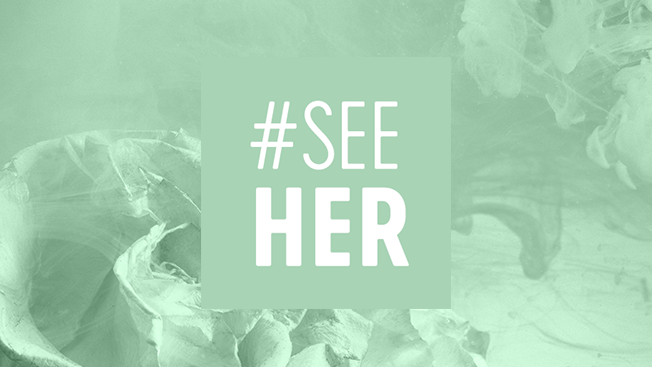 As a board member of the Association of National Advertisers (ANA), I’m proud of many efforts that the organization has launched in recent years. But one of my all-time favorites is definitely the #SeeHer campaign, launched in 2016.

The ANA, which counts more than 40,000 marketers and 15,000 brands as members, has tremendous influence, which we take very seriously. And #SeeHer is a bold effort to increase the “accurate portrayal of all girls and women” in media by 20 percent by 2020. I think it’s amazing. Also: unprecedented. And, unfortunately, necessary.

Why is this important? Because for far too long the portrayal of women in media has been, at best, inaccurate and unhealthy, and at worst, outright offensive. To start with, women have historically been badly underrepresented in media and entertainment content. That’s just a fact. If you did spot a woman in an ad or movie, it was usually as a wife or secretary, rather than a member of the C-suite, and the woman was invariably thin and physically perfect (by traditional stereotypes, anyway).

In other words, depictions have never been reflective of how women and girls really are, which means millions of women and girls grow up without seeing themselves represented anywhere. Especially as the mother of a young daughter, I believe that is tragic and can have developmental consequences. Even now the average age, race, and body type of women depicted in the media represent just a small fraction of the female population.

But that’s starting to change, thanks to efforts like #SeeHer.

The ANA does many great things with #SeeHer. We spotlight positive depictions of girls and women in media. We arm executives with tools on how to detect and correct unconscious bias. To monitor how well advertisers do in their own creative work, the ANA has even adopted a data-tracking Gender Equality Measure (GEM) to identify best-in-class advertising and programming that supports girls and women. You can find the top-rated GEM ads and content on the #SeeHer website.

I love exploring the website and finding campaigns that not only give an empowering pro-female message, but demonstrate my belief that brands can Do Well By Doing Good, by moving beyond brand purpose and taking truly meaningful brand action that improves the lives of their customers.

One campaign lauded by #SeeHer is Dove’s Self-Esteem Project. Its longstanding mission is wonderful: to ensure that the next generation of young people grow up enjoying a positive relationship with the way they look. But they didn’t simply make ads featuring women that look “different” from, say, stereotypical Super Bowl beer ads. Instead, they invested in real brand action.

Dove has partnered with leading experts in psychology, health, and body image to create a program of evidence-based resources, which includes parenting advice, curriculum for teachers and tips for young people on forming health friendships. Dove shares its resources on its website and has aired several wonderful TV spots, including this one in collaboration with the Cartoon Network called “I’m Fine.” It’s such a beautiful spot that shows the reality of what it really means when a teen says his or her day is fine. Check it out here:

I think a positive next step for Dove would be to extend even further beyond brand purpose and take even more brand action, by expanding its self-esteem teaching resources beyond its website and into the community through proactive outreach with schools and youth centers, if they’re not already doing that. They could also consider stepping up the visibility of program materials at Dove retail outlets. If Dove took those steps, it would clearly communicate to consumers that the Self-Esteem Project is central to its core business.

I admire Kotex’s commitment to a historically taboo issue, and the brand’s willingness to also turn it into brand action. For instance, when you shop for Kotex products at Kroger, the company donates two period products to the Alliance For Period Supplies. It also conducts National Period Products Drives and has launched the world’s first Pop-Up Period Shop. In doing these things, Kotex has aligned its purpose with its actions. That’s my definition for Doing Well By Doing Good.

It’s no wonder #SeeHer decided to recognize these two remarkable campaigns and others. And I have no doubt that we will be spotlighting even more amazing campaigns in the years to come, hopefully with progress to report on our “20 percent increase by 2020” goal.